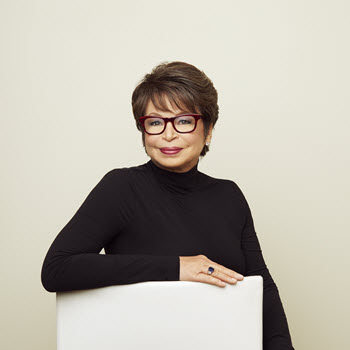 During her time in the White House, Ms. Jarrett chaired the White House Council on Women and Girls—working to bring elected officials, business and community leaders together in support of equality and opportunity for all Americans. Recently, she called upon Congress to make women’s healthcare a priority, taking issue with what she saw as repeated attempts to block access to critical care. On September 24, 2019, Ms. Jarrett brings her unique perspective to Pittsburgh at Adagio Health’s second annual Transforming Women’s Health Symposium.

“At our first symposium, we had the opportunity to grapple with some really timely and critically important topics around women’s health—from how women are being impacted by the current political landscape, to the ongoing opioid crisis, to how we are addressing health disparities in marginalized communities,” said BJ Leber, president and CEO of Adagio Health. “We are thrilled to be welcoming Valerie Jarrett to Pittsburgh and to our symposium this fall, so that she can lend her voice to our ongoing conversation about better health for all women.”

Adagio Health expects to build upon the success of the organization’s March 2018 inaugural event, where an audience of more than 200 stakeholders gathered to hear United States Senator Barbara Boxer deliver an impassioned keynote address on the importance of protecting healthcare and advocating for marginalized communities. PA Secretary of Health and Physician General, Dr. Rachel Levine, served as the event’s Honorary Chair and will resume that role in 2019. Among those recognized by Adagio Health at the 2018 event were PA State Representative Dan Frankel for his longtime advocacy and support for the expansion of healthcare services for women and families in Pennsylvania; along with the Pregnancy Recovery Center at UPMC and the Perinatal Hope Program at Allegheny Health Network.

“We look forward to honoring a new group of champions for women’s health at our symposium this fall, and including our area’s business and nonprofit leaders, young professionals, students, and all who have a stake in the critically important issues surrounding the protection and betterment of women’s healthcare in our communities,” said Ms. Leber.

About Valerie Jarrett – Among her many duties while serving in the White House under President Barack Obama, Ms. Jarrett oversaw the Offices of Public Engagement and Intergovernmental Affairs and Chaired the White House Council on Women and Girls. She led the Obama administration’s efforts to expand and strengthen access for the middle class, and to boost American businesses and the economy.  Ms. Jarrett is a Senior Distinguished Fellow at the University of Chicago Law School, President of the Board of When We All Vote; and has received numerous awards and honorary degrees, including TIME’s “100 Most Influential People” as well as the Abner J. Mikva Legal Legends Award.

About Adagio Health – For 45 years, Adagio Health has provided health and wellness services and support throughout 23 counties in Western Pennsylvania. Services include family planning/gynecology/prenatal care/STI testing and prevention, breast and cervical cancer screening, community education and nutrition services. Most of the nearly 110,000 patients receiving services are women who are uninsured, underinsured or need access to confidential reproductive health and family planning services. These services are provided through funding from foundations, the State and Federal government and in partnership with a variety of community partners and other funders, such as Susan G. Komen Pittsburgh.  www.adagiohealth.org

Valerie B. Jarrett is a senior advisor to the Obama Foundation and Attn, a Senior Distinguished Fellow at the University of Chicago Law School, and President of the Board of When We All Vote. She also serves on the boards of Ariel Investments, 2U, Lyft, the John F. Kennedy Center for Performing Arts, and the Economic Club of Chicago.

Ms. Jarrett was the longest serving Senior Advisor to President Barack Obama. She oversaw the Offices of Public Engagement and Intergovernmental Affairs and Chaired the White House Council on Women and Girls. Ms. Jarrett worked throughout her tenure at the White House to mobilize elected officials, business and community leaders, and diverse groups of advocates. She led the Obama Administration’s efforts to expand and strengthen access to the middle class, and boost American businesses and our economy. She championed the creation of equality and opportunity for all Americans, and economically and politically empowering women in the United States and around the world. She oversaw the Administration’s advocacy for workplace policies that empower working families, including equal pay, raising the minimum wage, paid leave, paid sick days, workplace flexibility, and affordable childcare, and led the campaigns to reform our criminal justice system, end sexual assault, and reduce gun violence.

Ms. Jarrett has a background in both the public and private sectors. She served as the Chief Executive Officer of The Habitat Company in Chicago, Chairman of the Chicago Transit Board, Commissioner of Planning and Development, and Deputy Chief of Staff for Chicago Mayor Richard M. Daley. She also served as the director of numerous corporate and not-for-profit boards including Chairman of the Board of the Chicago Stock Exchange, Chairman of the University of Chicago Medical Center Board of Trustees, and Director of the Federal Reserve Bank of Chicago. Ms. Jarrett has also received numerous awards and honorary degrees, including TIME’s “100 Most Influential People” as well as the Abner J. Mikva Legal Legends Award.

Jarrett received her B.A. from Stanford University in 1978 and her J.D. from the University of Michigan Law School in 1981.
Health Care | Symposium
Women's Health

It's not too late to get your flu shot